Seminary Dropout
151: Greg Boyd on How to Live in a Trump Presidency

Greg is the co-founder of Woodland Hills Church in St. Paul, Minnesota where he serves as Senior Pastor, speaking to thousands each week.

Greg has authored or co-authored 20 books and numerous academic articles, including his best-selling and award-winning Letters From a Skeptic and his recent books Repenting of Religion and The Myth of a Christian Nation. His apologetic writings and public debates on the historical Jesus and the problem of evil have helped many skeptics embrace faith, and his writings and seminars on spiritual transformation have had a revolutionary, freeing impact on thousands of believers.

For several blog post recommendations check out the links below:

Doing the Kingdom, Not Voting It In

Living With a Kingdom Consciousness 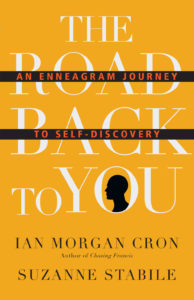 Intervarsity Press has an exclusive for Seminary Dropout listeners. Go to ivpress.com/dropout to get 30% off The Road Back to You.

147: N.T. Wright Talks about The Day the Revolution Began