Karina Kreminski in her lecture at Morling College has launched a discussion of “Gender and the Kingdom of God.” After reading the transcript, I found myself wondering what qualifies me to be a contributor.

I’m the father of two daughters. My eldest daughter is pursuing a graduate degree in human security and she is both a feminist and an activist. That might serve as a qualification.

Perhaps another qualification is that my wife and I co-pastor a community of faith – we share the role, with neither identified as the “senior” leader. I had always thought this was a great idea. It has its unique challenges.  But I very much like the way it legitimates function in practice – function in relation to gift and not gender, thereby enabling empowerment of ministry, regardless of gender, where the Spirit is active. The fundamental question is the discernment of gifts. We divide the work by gift – I with the priority on teaching, and she with the priority on care, and then consulting with one another, and the elders team, on issues of faith, life and mission.

If Christian feminism, that is, feminism growing out of the life and example of Jesus, and the implications of the coming reign of God, is about empowerment of all people, regardless of gender, ethnicity or class, then all believers should be feminists.

I am intrigued by Elaine Storkey’s four characteristics of gender and descriptions of the relationship between men and women. These characteristics include difference, similarity, non-hierarchical complementarity and union. Difference: Storkey critiques the modern view by highlighting that gender is a social construct and that there is no such thing as essentialism. Secondly, similarity: men and women are similar, tempering an essentialism which claims that ‘men are from Mars and women are from Venus’. Third, men and women complement each other, without reference to hierarchy. Finally, she notes that men and women together constitute the image of God. In other words, the Imago is a collective reality, and there is an ontological union between the genders.

Difference, similarity, non-hierarchical complementarity and union. Why does this sound so familiar? Because it’s a fitting description of the Trinity.

The Nicene Creed describes Jesus as being homooúsios with God the Father — that is, they are of the “same substance” and are equally God.  The Father and the Son are one – “neither confounding the persons nor dividing the substance.” The Father, Son and Spirit are different, similar, united, and co-equal. Since we are – collectively, as male and female – in God’s image, the ontological reality of God’s being is mirrored in humankind.

This is hardly revelatory. But in a time when foundations are splintering and tensions mounting, it should be comforting. It doesn’t resolve debates about roles, or clarify the essence of gender, but it does ground us – together, as men and women – in Godself. It grounds us in relation to God. In grounding us without answering all our questions, it opens space for genuine dialogue and genuine listening: to both God and the other. That’s a hopeful posture, and very needful in our time as we seek to re-engage in mission in our neighborhoods. Loving God and loving our neighbor are at the heart of any vital kingdom movement. Richard Rohr phrased this in a way which is both memorable and a corrective to our self-righteous tendencies: “The great commandment is not, ‘Thou shalt be right,’ but rather, ‘Thou shalt love…’” And if someone responds that knowledge is the goal, then the monastics offer their wisdom: “We know things better through love than through knowledge.”

The central concerns of feminism are, if I listen to my daughter, the central concerns of Christian spirituality: pursuit of a whole, just, compassionate, and embodied way of being in the world. In this sense feminism is a gendered take on living out the incarnation, and as Karina has argued, strongly grounded in the gospel of the Kingdom.

When Roger Helland and I wrote the original volume of Missional Spirituality in 2009, we shared these very central concerns. Last year when I began researching a theology of place, my research was an extension of those concerns. The resulting book will already be familiar to some of you: No Home Like Place was released through Urban Loft Publishing in Portland last month. And now I have completed two shorter, introductory volumes: one on place and the other on spirituality. They are 85 pages each, and illustrated with many full color plates. The use of poetry and images jives with a holistic approach to the world. Moreover, I believe it’s vital that we consider the kingdom-oriented relationship between our gendered identities and the spaces we inhabit/engage as well as the spiritualities we develop.

To those in the Missio Alliance community who might be interested in exploring these topics further, I’d like to offer a 20% discount on both of these books. 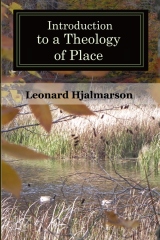 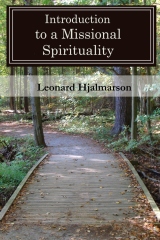