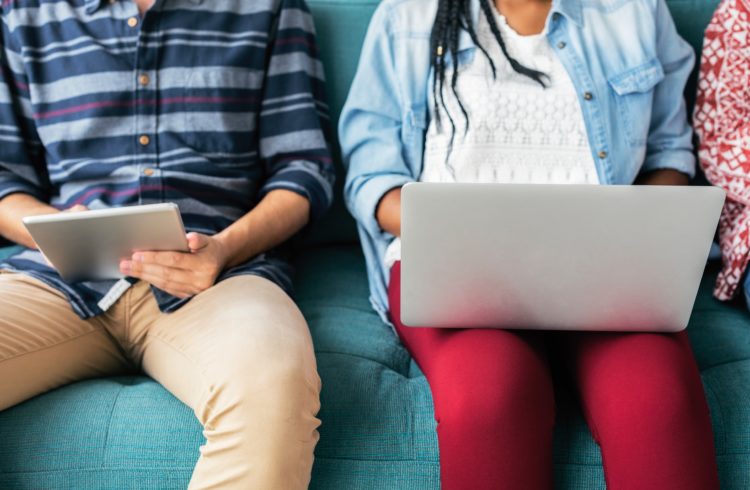 The spotlight on the abusive practices of high-profile male pastors toward female coworkers has revealed the disturbing truth that the evangelical checklist for staying “above reproach” was not enough to produce a ministry culture with more moral fortitude than the freewheelin’, anything-goes, secular culture of Hollywood.

Indeed, once the #metoo movement struck with a flash, we all knew that #churchtoo would thunder close behind. In some ways, this effect reinforced the commonly held assumption that there is an inherent danger to ministry shared between genders. That’s why for so long we’ve tried to make better boundaries to hedge against the danger.

And if we’re honest, we should name that these boundaries are primarily shaped on the presumption that women, in particular, introduce a dangerous dynamic to male-driven ministry, like a foreign body disrupting the homeostasis.

This functions quite literally. That image of disruption puts language to the feeling I’ve sensed being in rooms with male pastors when a woman enters. (My bold guess is that in some cases the motivation for keeping women out of ministry has more to do with keeping boys-club homeostasis than with theological principles. But I digress.)

What if shared leadership between men and women is not inherently dangerous? I contend that bringing healing to women and men in ministry requires a positive model where women and men working together is actually both possible and desirable.

The good news is that ministry shared between women and men does not have to be held captive by the presumption of inherent danger. Moving beyond this captivity looks like a positive model characterized by difference and mutuality.

When ministry shared between women and men is characterized by both difference and mutuality—at the same time, not one at the expense of the other—we begin to catch a vision for the possibility of cross-gendered ministry that reflects the one, new humanity in Christ.

Rather than perpetuate broken hierarchies that wound and dehumanize, a model for shared ministry characterized by difference and mutuality can bring healing and hope.

Rather than perpetuate broken hierarchies that wound and dehumanize, a model for shared ministry characterized by difference and mutuality can bring healing and hope. Click To Tweet

We can challenge the presumption of inherent danger in shared ministry between genders without having to deny that gender is an important dynamic.

To cultivate shared ministry between women and men characterized by difference and mutuality, we must begin not by emphasizing biological distinctions, but by recognizing and respecting embodied personhood in all fleshy dimensions, which includes, but is not limited to, gender.

Gender is one point of contact in the larger effort to be sober-minded and serious about the challenges and possibilities provoked in the encounter between fully differentiated persons (difference), and then to make room for repentance, discovery, and give-and-take (mutuality).

Recognizing and respecting difference between our embodied selves is crucial, but emphasizing difference without also practicing mutuality turns difference into division. It stokes ideological battles and sows fear. Difference becomes a tool for control over another. This is the danger in many complementarian practices of cross-gendered ministry, which render the word “complementary” functionally meaningless.

Caricatures and grotesque images of gender get writ large, and then these images are put in antagonistic opposition in which a full expression of one becomes an inherent threat to the other. A zero sum game for flourishing is created. There is only room enough for either a masculine or feminine expression of leadership. Moreover, culturally shaped practices of gender get ensconced cosmically. When this happens, little space is left for prophetic critique and repentance.

In other words, without mutuality, difference isn’t actually difference. It’s an ideology that is inherently self-protective and insecure.

The only way that the difference inherent in embodied personhood does not descend into enmity is through mutuality—because mutuality is all about allowing space for the persons to be persons.

Mutuality is open to the way in which an encounter with the other person stretches our existing frameworks of the world (and God) and provokes a posture of repentance, openness to what we do not yet see, and openness to creative possibilities we could not reach on our own.

On the other hand, emphasizing mutuality without difference can re-create the same troubling power dynamics as overt hierarchy—now lodged more subtly in the background.

This happens, for instance, when leadership is “flattened” in the name of equality, often by bringing women into authority, while the language and space for naming difference—and thus the underlying power dynamics—is erased or ignored, as if difference is benign or an illusion.

In other words, in cross-gendered ministry, mutuality without difference is the assumption that we are all the same.

Mutuality without difference ignores the realities of embodied personhood. When that happens, we underestimate the natural “shock” of two embodied egos colliding. Worse, we can unwittingly privilege the perspective of certain bodies over others. This is the danger in many egalitarian practices of cross-gendered ministry, which can disguise destructive power dynamics in politically correct language.

When mutuality is emphasized without difference, we lose space for reckoning with how our bodies and comportment to the world are distinct from one another, however subtle those differences may be.

Without reckoning with difference in an encounter with another person, we run the risk of establishing another hegemony of the Self—I presume that my body and comportment to the world is normative and thus unwittingly (or intentionally) seek to assimilate you into my “normal.”

Without reckoning with difference, mutuality really can be destructive in how we can underestimate the presence of underlying broken power dynamics and sexual dysfunction that has never been addressed, even though we have rearranged gender roles.

In truth, without difference, mutuality isn’t actually mutuality. It’s a way to subtly assimilate others into my existing framework.

It’s a way to evade the hard work of a genuine encounter.

We Need Each Other

In the end, shared ministry characterized by difference and mutuality recognizes that we cannot do this without one another. We need each other.

Men and women are co-bearers with Christ of the divine image and new humanity. Men and women are co-recipients of the Spirit’s indiscriminate outpouring. Ministry shared between men and women does not foremost represent a disruption of (male-centered) homeostasis that must be compensated for, but rather the opening of creative, transformative ministry.