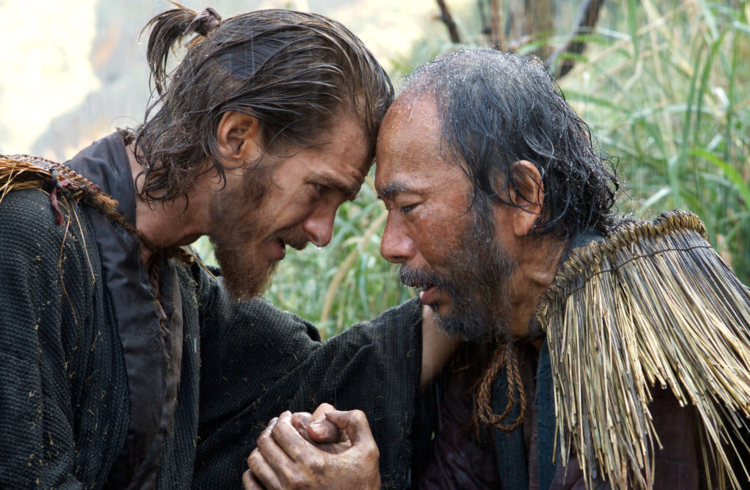 There’s a lot of interest lately in Silence—the book by Shusaku Endo.  Director Martin Scorsese is releasing a movie based on the book just before Christmas.  And Makoto Fujimura recently released a beautiful book on it.

Shusaku Endo has always fascinated me. As a Japanese Catholic, he wrote about many things but he was one of the few who articulated the challenge of merging Christianity with Japanese identity.

In Silence, Shusaku Endo writes of the journey of Portuguese Jesuits journeying to Japan.  It is a conversation about those who intend to take the path of Jesus, only to find they are on the path of Judas. It elevates a faith lived out in real world struggle, over the theological proclamations of the ivory tower.

Silence deals with the public space in which faith is lived out.  It is a myth that the Christian faith is a private one—Christian faith is embodied at the shared table, the community of worship, the proclamation of faith, and baptism.

In a subtle way, the public expression of faith is often taken as a reflection of the inner state of faith.  What outward and individualized signs do we use to legitimize a person’s faith–the ability to sign the right faith statement, the doctrinal alignments, association with certain communities of faith, a stance on a current issue.  Silence challenges the ability for outward expressions, to adequately reflect internal faith.  But it also calls us to interrogate the idea of an individualized faith.

This interrogation of the individual believer myth was something that I wrestled with as an active part of my discipleship. My Japanese upbringing, communicated to me that I was a part of a community, a heritage, and a people.  My dreams and aspirations were not my own.  And my choices were not mine alone.  Overlay that with an evangelical, independent individual framework, and faith became a boxy cage very quickly.

So I did my discipleship dance–asserting my “independence” in Christ made me appear very selfish to others as it appeared that I denied the requests of family for the sake of a new, and demanding faith community.  I argued to myself that my family, was my new family in Christ.  Let’s just say that didn’t go over very well.  How does “bringing all areas of life under the Lordship of Christ” work when some areas of your life are not yours alone?

How do you bring your life under the Lordship of Christ when some areas are not yours alone? Click To Tweet

Silence introduces readers to some of the eternal questions of faith that transcend cultures and peoples.  But embedded in the work are powerful observations that challenge the cultural assumptions that we accidentally bring, unknowingly, and overlay onto the faith.

Acting without reflecting on the implications of our cultural point of view to our expressions of faith can be dangerous, even deadly.   And it is this much needed space for cultural reflection that Silence provides brilliantly.