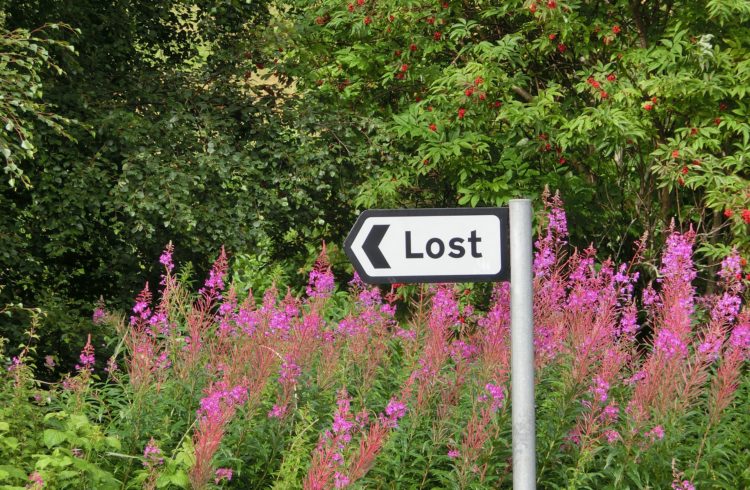 One of the first (and usually embarrassing) lessons we learned during our four years of living in England was the absolute truth of the statement that “England and America are two countries divided by a common language.”

All of us North Americans made gaffes. No matter how astute we thought ourselves, there were always stumbles.

A Canadian friend of ours won the prize for the most embarrassing gaffe. After her interview for a new job and on hearing the good news that she was hired, she asked her proper English male employer, “Is it alright if I wear pants to work?” She was puzzled by his awkward reply and only later discovered to her chagrin what had been lost in translation. In Britishese, “pants” refers to underwear. Our friend had just asked her boss if it was permissible to wear underwear on the job!

What Gets Lost in Translation?

If different meanings to the same words isn’t enough of a challenge, there is the fact that even within a single culture, words have a way of changing. How many kids have rolled their eyes when their parents used some out-of-date expression?

Earlier generations were quite comfortable using the word “man” or “men” for all humanity. Today, it sounds a little odd to our modern ears to hear our own Declaration of Independence remind us that “all men are created equal.” Never mind the fact that, despite the universal meaning of “men” in the English language back then, that revered statement actually didn’t ensure equality for Native Americans, slaves, women, or other males who didn’t own land.

If that important American document were being crafted today, a modern Thomas Jefferson would ignite a firestorm of protests if he chose the same outdated wording. Language is dynamic.

Enter the world of Bible translations, and the linguistic stakes are even higher.

Crossway recently released the 2016 and final edition of the English Standard Version (ESV). After edits to 29 out of more than 31,000 verses, they declared the 2016 version to be “the Permanent Text of the ESV Bible.” Their statement goes on to assert,

“In making these final changes, the Crossway Board of Directors and the Translation Oversight Committee thus affirm that their highest responsibility is to ‘guard the deposit entrusted to you’ (1 Timothy 6:20)—to guard and preserve the very words of God as translated in the ESV Bible.”

The changes they made are listed here.

Others are weighing in on the serious implications of this translation change and the thinking behind it. Scot McKnight calls it “not only mistaken but potentially dangerously wrong.” But now, in the ESV, it is set in stone. For helpful and insightful analyses of this change, read Sam Powell’s blog, “Genesis 3:16” and Scot McKnight’s “The New Stealth Translation: ESV.”

What also troubles me, however, are the changes that weren’t made in the new version. According to General Editor Wayne Grudem, a major motive that led to the first version of this “essentially literal” (word-for-word) translation was the “gender-neutral” language he found in other translations—specifically the New Revised Standard Version (NRSV), but also found in other popular translations such as Today’s New International Version (TNIV) and the New Living Translation (NLT).

This final version of the ESV continues to resist what Grudem labels as “gender-neutral” language. The translations he opposes are matters of serious concern for female readers in particular.

When an apostolic letter begins with a greeting to “the brethren” or “the brothers,” the author is not addressing males only, but the whole church. The ESV translates Colossians 1:2 “To the saints and faithful brothers in Christ at Colossae.” Unless “saints” refers to women, the female members of the church appear to be suddenly excluded. The TNIV more accurately translates the same text to reflect Paul’s intended audience. “To God’s holy people in Colossae, the faithful brothers and sisters in Christ.”

Because of the awkwardness of the ESV translation, I’ve heard pastors in churches with ESV Bibles in the pews abruptly interrupt their public Bible reading to explain that the actual meaning of the text is “brothers and sisters.”

Another example is in the creation narrative, where God says “Let us make man in our image and likeness” describing them as “male and female,” (Genesis 1:26 and 27). The Old English term “man” describes all humanity. Yet the ESV retains the Old English language, while the TNIV and NLT substitute “human beings.” That modern linguistic clarification doesn’t make the text gender-neutral, but rather gender-accurate—reflecting the actual meaning of the biblical text.

Evidently, the original ESV translators were unbothered by modernizing the Old English word “ass” to “donkey” (cf., Numbers 22:22; Joshua 6:21). Apparently their editors deemed it more important to clarify the meaning of “ass” than “man.”

Apparently the ESV editors deemed it more important to clarify the meaning of “ass” than “man.” Click To Tweet

In his Systematic Theology, Grudem defends his complementarian rational for insisting on retaining “man” for human beings:

“The theological issue is whether there is a suggestion of male leadership or headship in the family from the beginning of creation. The fact that God did not choose to call the human race “woman,” but “man,” probably has some significance for understanding God’s original plan for men and women. Of course, this question of the name we use to refer to the race is not the only factor in this discussion, but it is one factor, and our use of language in this regard does have some significance in the discussion of male-female roles today” (440)

As you may surmise, I feel strongly about the importance of gender-accurate translations. The ESVs “gender-exclusive” language obscures an accurate understanding for modern readers that impacts multiple texts in the Bible and can lead to false interpretations. Gender-accurate translations answer legitimate questions women are asking when we read the Bible: “Is this text addressing me? Or am I eavesdropping on a message that only applies to men?”

Modern readers must not be left in doubt as to whether the text is addressing everyone or just some of us. It is misleading to describe this kind of clarity as making the Bible “gender-neutral,” when it is a clearer literal statement of what the author actually intended. The final ESV cements into the final version words that obscure the true meaning of the text.

Readers need to be aware of that.

The final ESV cements into the final version words that obscure the true meaning of the text. Click To Tweet

But here’s what makes this gender issue so complicated and, why it is important to consider carefully our translations.

This text follows the often-quoted statement, “There is neither Jew nor Gentile, neither slave nor free, neither male nor female, for you are all one in Christ Jesus” (3:28).

Paul was writing to a mixed audience. So to make sure readers understand that Paul is also including daughters, gender-accurate translations substitute “children” for sons. The sonship offered through Jesus is not just for sons (versus daughters). This has the unfortunate effect of obscuring something powerful Paul is communicating.

Ironically, the ESV sticks to “sons,” evidently unaware that they have unleashed one of the most powerful counter-cultural gender statements in the entire New Testament. Given the fact that in the first century patriarchal culture sons were prized above daughters—who didn’t inherit, didn’t show up in genealogies, and were married off to build another man’s family—the fact that Paul is telling a mixed audience that they are “all sons” is not diminishing women in the least. To the contrary, Paul’s words are elevating them to the same high status in God’s family as their brothers. Paul is telling women, Gentiles, and slaves that, in God’s family, they are all sons!

Jesus’ gospel is a revolutionary force in human society that re-establishes human equality. We are all sons!

This is why I keep saying, “Patriarchy is not the Bible’s message. Rather, it is the fallen cultural backdrop” that reveals the radical nature and potency of the Bible’s gospel message in contrast to the patriarchal world. We need to understand that world and patriarchy in particular—much better than we do—if we hope to grasp the radical countercultural message of the Bible.

So choose your Bible translations carefully. Gender-accuracy matters and is important for all of us.

For further reading, see Mark Strauss and Gordon Fee’s book, How to Choose a Translation for all it’s Worth: A Guide to Understanding and Using Bible Versions.