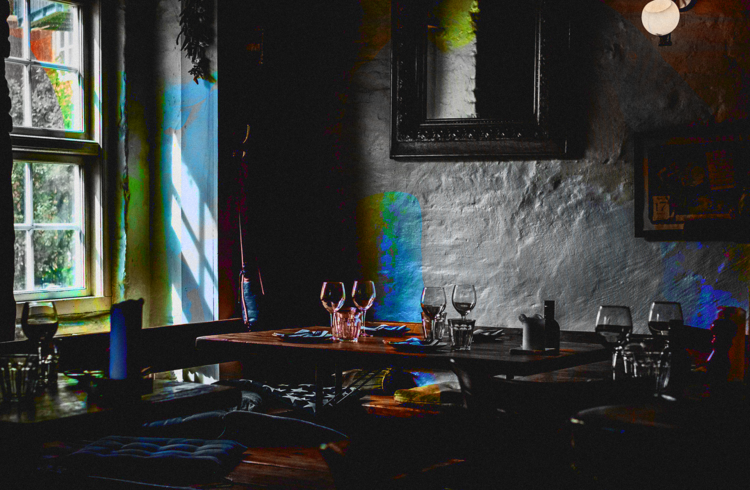 Christian solidarity rebukes the status quo of a hierarchical society. When Christians strive for robust partnership — what the New Testament calls koinonia — their actions disrupt the tendency within most societies to marginalize vulnerable populations. However, such Christian solidarity is thwarted when those who profess to follow Jesus show greater allegiance to the values of a stratified society than to the practice of koinonia.

The factionalism and polarization among those who claim to be followers of Jesus largely parallels the divisions among those who do not claim to be Christian. There are, for example, professing Christians across the United States who use the Bible to justify — or even advance — racism, misogyny, and other forms of bigotry, reflecting a desire to preserve the caste system that society creates rather than to dismantle it. The New Testament demonstrates that Christian solidarity can offer a better way to view humanity and contribute to human flourishing. A potent example worth examining in depth is how the New Testament depicts Christian community disrupting unfair social practices through the way people eat together.

Christian solidarity rebukes the status quo of a hierarchical society. When Christians strive for robust partnership — koinonia in the epistles — their actions disrupt society's tendency to marginalize vulnerable populations. Click To Tweet

The way we eat can be highly disruptive to society. More specifically, the manner in which we gather for meals, the people with whom we gather, the places where we gather, and how we engage with fellow diners can either support or challenge accepted societal norms. Consider, for example, that public dining was legally segregated by race in the United States in accord with other discriminatory practices.

A few months before I was born in 1960, four African American young men, known as the Greensboro Four, launched the most famous lunch counter sit-in at a Woolworth’s in Greensboro, NC. These young men, Ezell Blair Jr., David Richmond, Franklin McCain, and Joseph McNeil, were students at North Carolina A & T who, inspired by non-violent protest movements such as that of Mohandis Ghandi and also the Freedom Riders of the Congress for Racial Equality (CORE), risked their personal safety to challenge the legal policy of racial segregation. While racial segregation was pervasive throughout the USA in the 1960s, the Greensboro sit-in highlights how something as basic as grabbing lunch during the workday served to reinforce white society’s imposed hierarchies.

Unequal access to food and water has long betrayed social inequity. Even today, food and water are not equally available to all people — economically impoverished people might find themselves in food deserts or in places such as Flint, MI and Jackson, MS, where clean water has not been readily available for years. Without equal access to food and water, people cannot commune together as equals unless something is done to disrupt the current system. Segregated dining is one of the ways that injustice manifests itself. Segregated dining in the USA is consistent with the way that many ancient societies buttressed their social hierarchy. Society’s powerful people have always been able to choose those with whom they will share a meal. Consequently, the Scriptures are replete with stories and admonitions that demonstrate how dining can be disruptive to the way society generally operates.

Without equal access to food and water, people cannot commune together as equals unless something is done to disrupt the current system. Segregated dining is one of the ways that injustice manifests itself. Click To Tweet

What the first-century Christians learned to practice regarding shared meals was highly disruptive to Roman society. In her book, The Least of These: Paul and the Marginalized, New Testament scholar Carla Swafford Works writes, “Roman hospitality was designed to showcase social distinctions and to remind all of their place in society.”1 Early Christians often chose to oppose the status quo by creating communities where people of different segments of the social strata could dine together in the name of the Lord Jesus Christ. In doing so, these Christians reflected the practice of the Lord Jesus who received criticism from some religious people for dining with undesirable people, as Luke records: “And the Pharisees and the scribes were grumbling and saying, “This fellow welcomes sinners and eats with them” (Luke 15:2). When the Scriptures confront something as fundamental to communal life as meal practices are, they show that the issues go beyond food and drink to reveal underlying values that are responsible for inequality itself.

Early Christians often chose to oppose the status quo by creating communities where people of different segments of the social strata could dine together in the name of the Lord Jesus Christ. Click To Tweet

One stark example of Christians being admonished to disrupt the status quo through the solidarity found in eating together is described in 1 Corinthians 11:17-34. Paul’s letter to the Corinthian church portrays how factionalism threatened the vitality of the Christian community. The apostle broaches the subject early in his letter, writing:

Now I appeal to you, brothers and sisters, by the name of our Lord Jesus Christ, that all of you be in agreement and that there be no divisions among you, but that you be united in the same mind and the same purpose. For it has been reported to me by Chloe’s people that there are quarrels among you, my brothers and sisters (1 Corinthians 1:10-11).

The expression “Chloe’s people” likely refers to enslaved members of Chloe’s household who, much like servants in a British drama who have a keen eye on what is happening upstairs, witness the division among those of higher social status. Much of 1 Corinthians addresses factionalism among Christians in Corinth, and some of the reasons for their divisions relate to social class distinctions. There were church members who enjoyed their prominence in the city and continued to engage comfortably with their non-Christian counterparts. In other words, Paul needed to challenge and correct those in the church who were too comfortable with their social position among people whose allegiance was to Rome rather than Jesus. Paul disrupts the church attendees who are too much at home in the world.

However, the opposite seemed to be the case with the Corinthians. They seemed to be far too comfortable at home within Corinthian society. It is helpful to quote Barclay in full to understand just how much at home the early Jesus followers in Corinth had made themselves in Roman culture:

Clearly, whatever individual exceptions there may be, Paul does not regard social alienation as the characteristic state of the Corinthian church. In fact there are plenty of signs suggesting the social acceptability of the Corinthian Christians. That some of them (presumably the wealthier) take their disputes to the civic law-courts (6.1-6) signals their confidence in the legal system; they do not anticipate that believers will receive prejudicial treatment at the hands of non-Christians.

Corinthian Christians are invited to meals in the houses of non-believers (10.27) and, conversely, non-believing friends or neighbors might well drop into the house where the Christian meeting is taking place (14.24-25). Most significant, however, is the fact that some of the leaders of the Corinthian church (whose example others are likely to follow) are to be found as participants in parties and feasts in the dining rooms of the temples (8.10).

These people must be not only of some social status, but also sufficiently integrated into Corinthian society to be strongly disinclined to raise any objections on the grounds of religious scruple. It was important for them to retain the social contacts which such temple-dinners provided. It is clear that Paul is somewhat uneasy about the degree of integration which the Corinthian Christians enjoy.3

Christians in Ancient Corinth—particularly those belonging to the upper strata of society—operated comfortably within Roman society, but that comfort created a wedge between them and their Christian siblings. Something needed to be disrupted.

*Editorial Note: Part 2 of this article posted on January 19th. Part 1 intentionally stops suddenly to provoke thought and invite a prayerful, formational response. You’ll find a short reflection below that invites you towards this end.

1 Carla Swafford, The Least of These: Paul and the Marginalized (Grand Rapids, MI: Eerdmans Publishing, 2020), 166.

2 John M. G. Barclay, “Thessalonica and Corinth: Social Contrasts in Pauline Christianity,” Journal for the Study of the New Testament 47 (1992) 49-74.

*Editorial Note: Part 1 of Dennis Edwards’ article intentionally stops suddenly to provoke thought and invite a prayerful, formational response in you. Throughout the book of Psalms, the musical term ‘Selah’ was thought to function in a similar manner – an intentional pause designed to create space for the soul to listen to God. In this light, consider the following: