So you’ve thought about starting a podcast but don’t know where to start.

This webinar will give you what you need to get started!

This webinar will give you what you need to get started!

A Special Offer for Missio Alliance viewers of this webinar.

Shane is making his course Podcasting for Everyone available at a special discount!

Shane grew up in small-town west Texas, went to college and lived for a number of years in small-town central Texas until his wife Kate and he moved to the promised land of Austin, TX.

When he was 24 he and some friends planted a church in Brownwood, TX, where Shane served as the pastor for about 5 years.

Shane’s been fortunate enough to interview some amazing people like NT Wright, Phillip Yancey, Walter Brueggemann, and Christena Cleveland, among others. 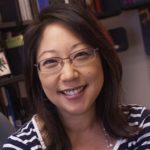 About Helen: Helen Lee is the director of content and resource development at Missio Alliance and also works in the area of strategic partnerships for InterVarsity Press. She is passionate about elevating voices from the margins and bringing more equity to who is given a platform in the church.